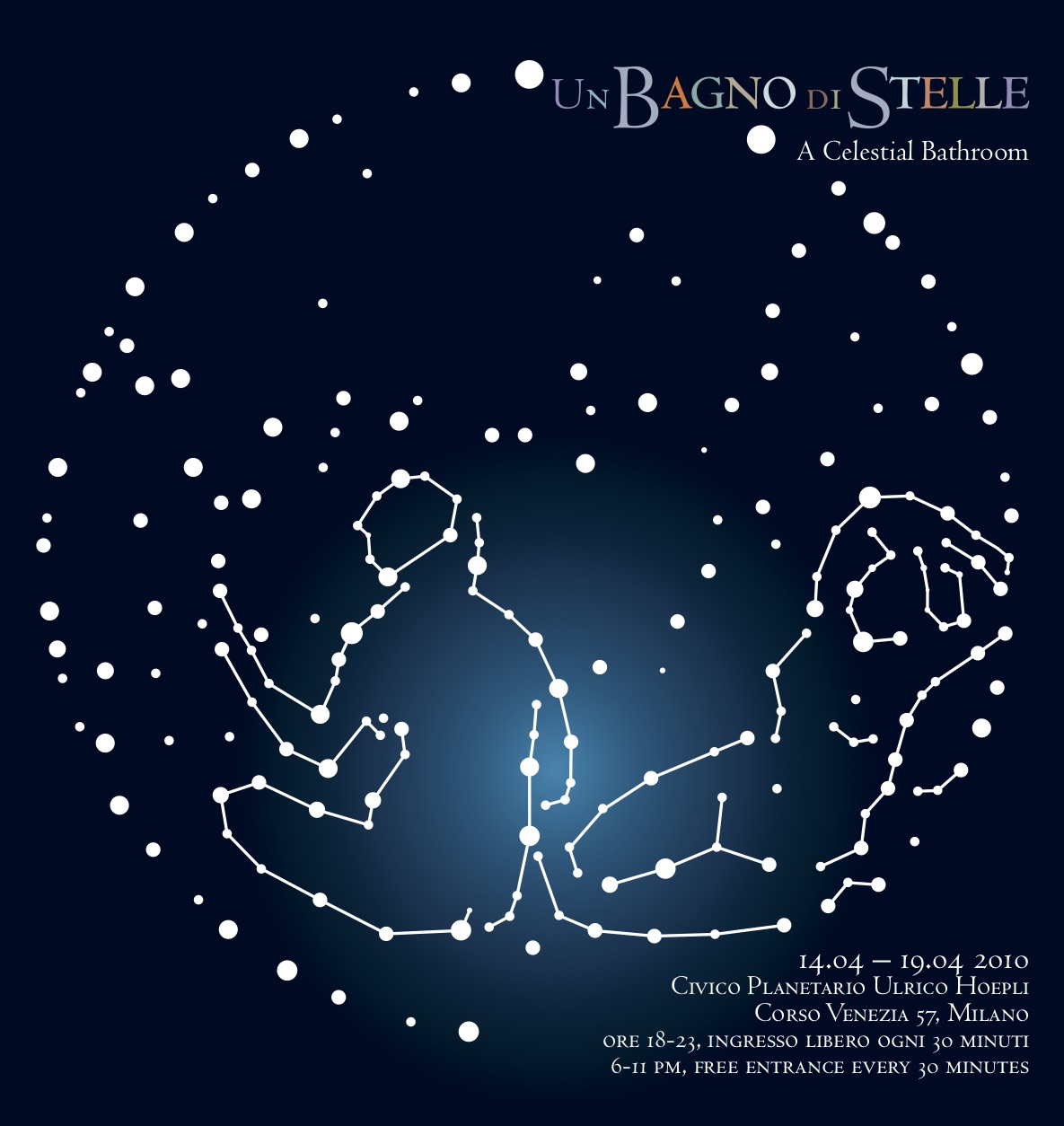 IN COLLABORATION WITH Studio Due Effe

A Celestial Bathroom is a video-installation celebrating the bathroom world, declined through the grace and beauty of the female form and the celestial vault above. The mythology of the celestial bodies, and of Venus in particular, leads to a discourse on beauty, reflected from the cosmos onto the female form, and thence to the bathroom. The bathroom has always been a place of both physical and spiritual wellbeing, a place for regeneration, for tending to oneself and one’s own body. Formerly nothing more than a service facility, private and hidden away, it has now become a very real focus for mental and physical well-being, capturing the attention and imagination of planners and businesses alike. The narrator is one of the great cinematographic actresses of our time, Margherita Buy, perfectly attuned to the theme of women in art, who introduces and interjects with brief comments on the performance of beauty.

Images culled from the film world and from art, from graphic art and from advertising, accompanied by the words of the great poets and writers take us through the video: from the works of the Renaissance artists through to the changing tastes of the 19th century, when iconography abandoned portraiture in favour of depictions of the body and its powers of expression. The exhibition then focuses on 20th century iconography, the era of the body triumphant: the beauty treatments of the early 20th century, the early beauty contests and the mythical Hollywood stars. With unpublished images from the Getty Images Archive and the Kobal Archive.

Check out the book A CELESTIAL BATHROOM